3 Tips For Playing Out Of Thick Rough 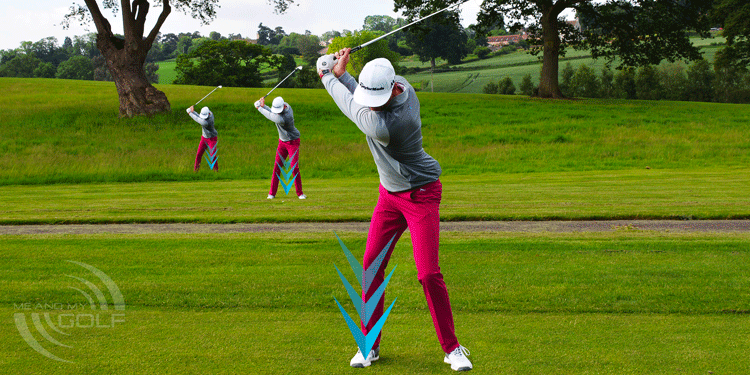 When playing out of thick rough, it’s important to know how to play the shot and also how the severity of the lie can effect it.

Before we get into detail, there’s one key element you need to focus on for consistent striking with your irons. In order to get a solid strike, we need to have an Attack Angle. We measured the ideal attack angle, using TrackMan, as being between 3 and 7 degrees down when striking the ball – depending on the player. This means that the club head is descending at the moment of impact between 3 and 7 degrees.

We can improve our attack angle by changing our set-up. By moving the ball further back in the stance, and putting more weight on the front leg, we’ll cause the attack angle to steepen. Imagine you’re in deep rough and you have a lie with lots of grass behind the ball – you need a steeper attack angle to get a more solid strike on the ball. You’ll generally find that golfers with steep downswings have a higher chance of achieving a solid strike than golfers with shallower swings.

So, here’s some ideas for your set-up depending on the lie.

Many of the best players in the world start with slightly more weight favouring the lead side rather than the standard 50/50. 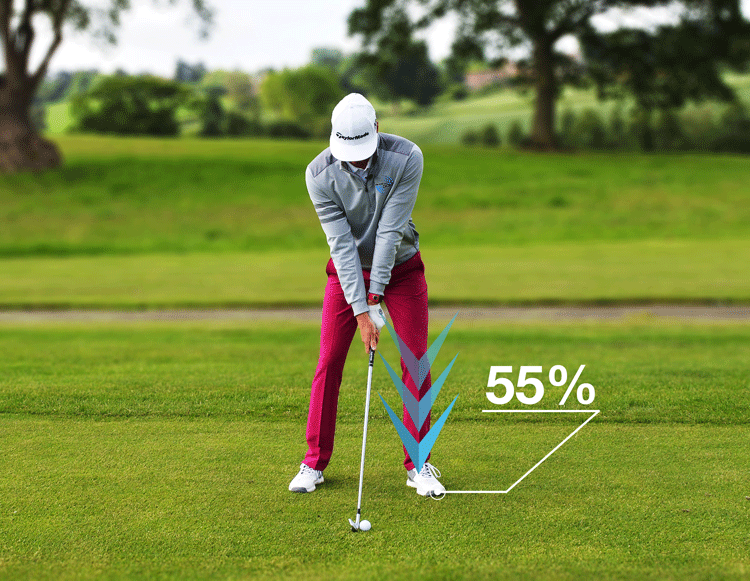 Semi-to-heavy Rough and Into the Grain Lie

In this situation, we’d steepen the attack angle even further in order to miss the rough behind the ball as much as possible. This is especially useful when the ball is lying against the grain of the grass. When hitting against the grain of the grass, the club head will slow down, so it’s important to get a steeper attack angle and limit the effect of the rough.

When swinging, you may want to shorten the length of the backswing and through-swing to create a punch shot feeling. This isn’t always necessary and takes some practise to get it right. It’s also worth choosing a slightly more lofted club than usual, as the ball could have a slightly lower trajectory and will come out of the rough with less backspin. 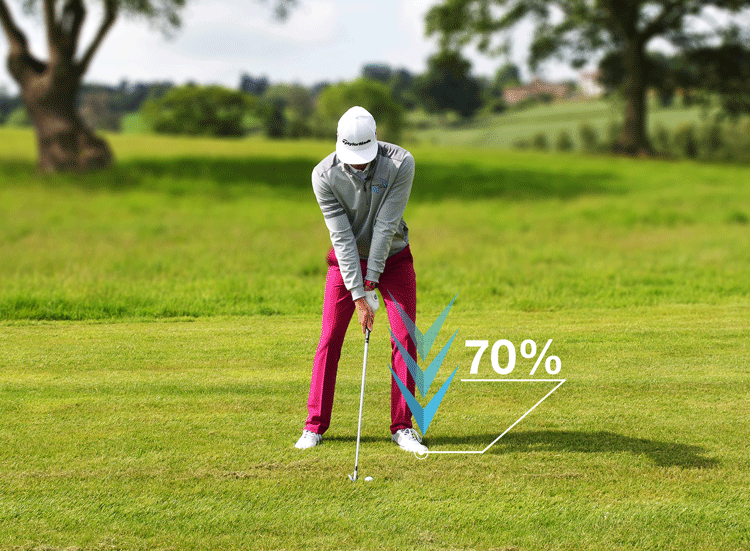 The objective of hitting your shot out of the deep rough is simple: just get it out. You’ll need to use one of your most lofted clubs.

The backswing will have more wrist set – by using more wrists during the backswing, you’ll help create the steepest angle possible. When in such thick, long rough – and because of the steepness of the backswing and downswing – you probably won’t have much of a follow-through. Because of this, you’ll need to grip the club tighter in order to control the club face.

Remember, under no circumstances should you try to lift the ball out of the rough. Trust the loft and hit down hard. Your one goal is to make sure you get the ball back in play – it won’t look the prettiest, but this shot has to be effective. 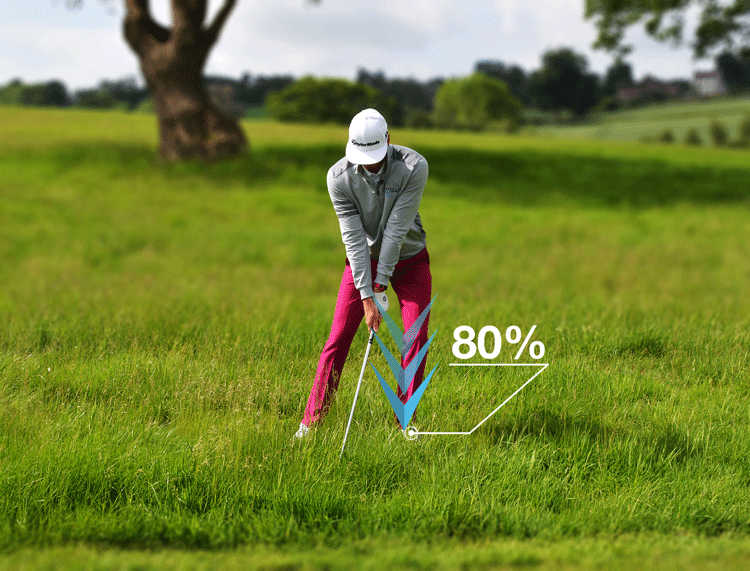 Let us know how you get on in the comments or send us a message on social. Good luck and happy golfing!

CHECK OUT SOME OF OUR MOST POPULAR VIDEOS 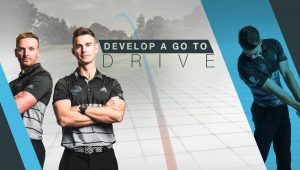 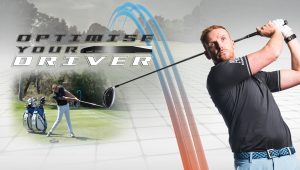 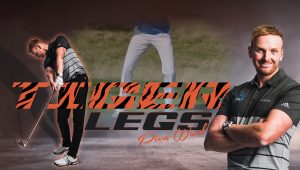 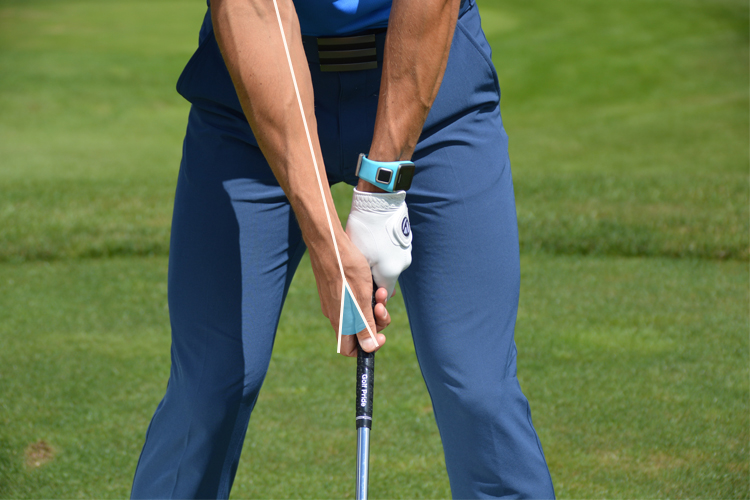 3 Things To Avoid When Gripping The Golf Club 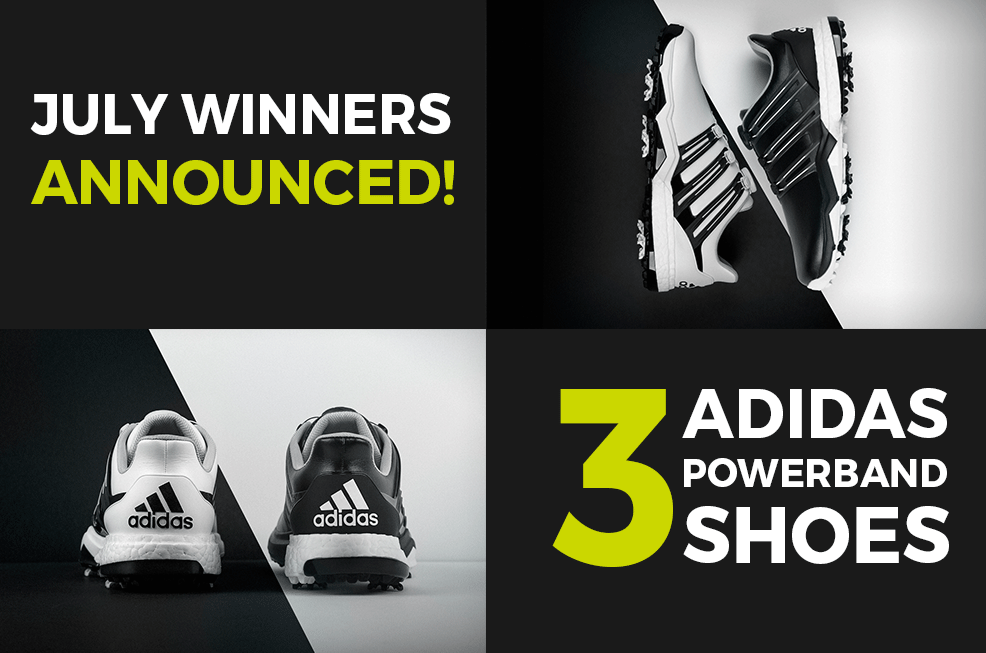