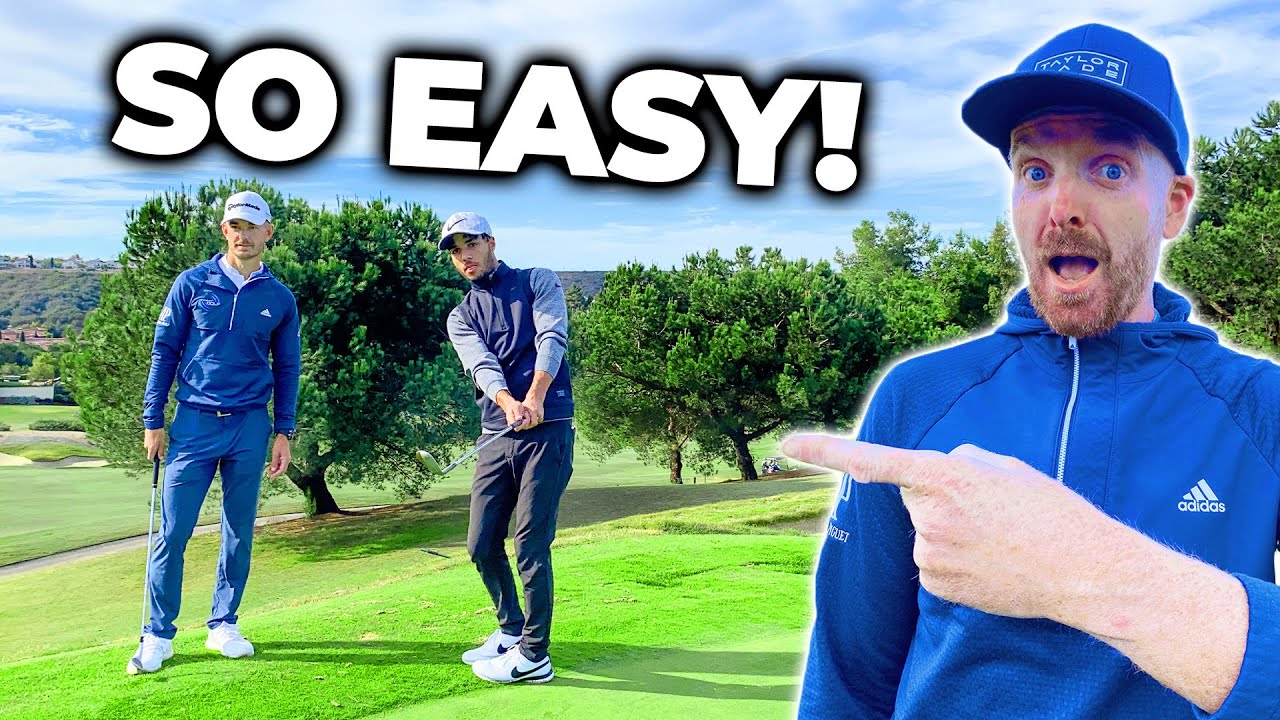 Now we know that title might sound a little dramatic, but it’s true. These are the exact words Wolf said to me when I saw him after our chipping lesson. Today we’re going through the two easy tips I told him during our lesson, so hopefully we can save your lives too. You’re welcome in advance!

Half of the issue most people have with chipping is their lack of understanding when it comes to the shot. In Wolf’s case, he thought he needed to be hitting down on the ball, and making contact with the ball first, not the ground. This incorrect understanding of the shot was leading to his inconsistent strikes and duff shots.

I explained to him that he needed to be hitting the ground first and then the ball. So we moved his ball position forward in the stance, and got him to use the swing thought “swing at the ground and not the golf ball”. Just these two simple changes, and his ball striking improved instantly. All because he had a better understanding of the shot he should be playing.

In order for Wolf to be hitting the ground first, he had a tendency to collapse his legs as he swung down on the ball. And this was having a really negative impact on his striking. So I used some advice I heard years ago from the legendary short game coach Stan Utley- “if you like to move down in the swing, you need something to move up”.

We got him to work on straightening his lead leg as he moved through the swing and this helped his to create a much better angle at impact, in relation to his low point.

If you want our full explanation of Wolf’s coaching lesson, then be sure to check out the full YouTube video below.

You’ll be the first to find out about this years’ incredible Black Friday deals, which will include our Complete Chipping coaching plan. PLUS you’ll also, automatically be entered into a draw to win FIVE incredible prizes.