Understanding how Bryson DeChambeau has changed the game of golf 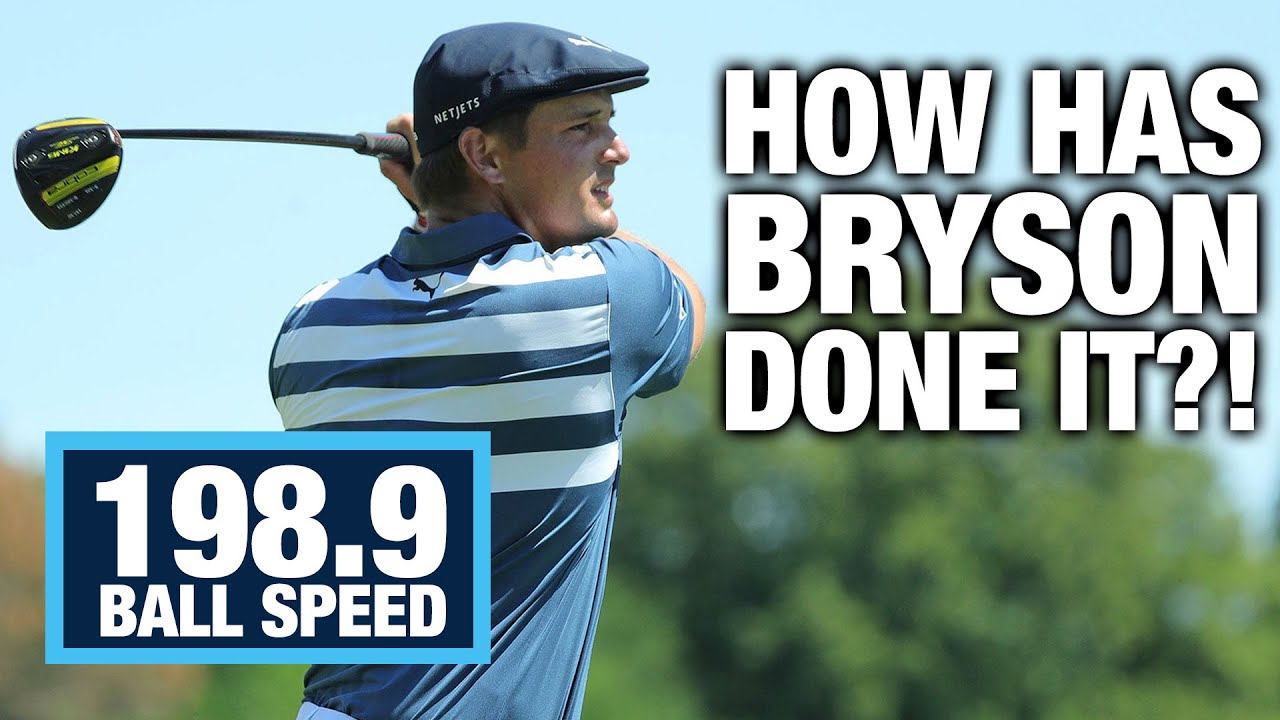 It’s safe to say that Bryson has well and truly been putting his Physics degree to good use when it comes to his golf game.

His analytical, scientific view has served him well securing 10 professional wins under his belt. And his style of play has even garnered him the nickname “The Scientist”.

Using his scientific ‘know-how’, he has been able to straddle the worlds of power and accuracy, thus shedding new light on how the game of golf can be played.

If you look at a photo of Bryson, back when he first joined the Tour in 2016 you probably wouldn’t recognise him.

Over the last 2 years he has gained a whopping 40 pounds in weight (to be honest it looks like he ate 2016 Bryson). And he has done this, by lots of heavy lifting in the gym and an obscene amount of protein shakes…let’s just say we wouldn’t want to be stuck in an elevator with him.

He has also been doing tonnes (and we mean tonnes) of over speed training, with the use of something like a ‘superspeed set’, attempting to swing as fast as he feels is possible, with no regard for where the ball is going.

As he rightly says, ‘You have to push limits and do the crazy motions to see what’s possible. You can always normalize down, but when you do it will be back down to higher levels than before’.

It’s fair to say this mentality has more than paid off for him, as between 2019 and 2020 he was able to increase his ball speed from 175mph to 195mph. And in the recent long driving competition he set a new personal best of 219mph. Mindblowing.

And when you compare videos of his older swing with his new swing, you can see that his swing speed has also dramatically increased. No we don’t just mean his speed at impact but also his speed in the backswing.

In fact, his new swing is almost at impact when his old one is at the top of his backswing if you compare them side by side.

So how does he manage to swing the club so fast and also hit it straight when usually most players have to negotiate that payoff? Well, it’s all down to his setup and how he chooses to ‘eliminate variables’.

At setup, Bryson chooses to have his lead arm facing upwards, causing him to swing with a ‘1 lever system’. This allows him to address the ball with a square clubface and keep the clubface square throughout the entirety of his swing.

He also only swings on one plane; you won’t see him breaking his wrists at the top of his swing and this is again to help ensure he keeps the clubface square and eliminates any variables.

You might have noticed his irons are all the same length and have jumbo grips for the same reasons.

To be honest, Bryson has analysed his swing to the Nth degree, and has really taken a ‘let’s look at the figures and the science’ mentality.

He has openly stated that he does not want to be a feel player, as he thinks this is less reliable and more subject to change.

He has developed a swing which has taken out as many variables as possible, so he can focus on adding as much speed and power while still not compromising on distance or accuracy, and it is more than fair to say it has paid off for him.

We think he is one of the most exciting players on Tour at the moment, he has found the magic recipe for creating consistent, yet accurate distance and we cannot wait to see the impact he will have on future generations of golfers as they decide to take a leaf out of his book.

Let’s just say if it was 20 years ago, we’d be chugging the protein shakes and adding the jumbo grips too!

Now if you’re inspired by Bryson to start hitting bombs then have we got the deal for you! Treat yourself to our Total Driving coaching plan at a whopping 50% off when you use the code SOCIALSECRET50 at checkout.

What are you waiting for?! CLICK HERE and get started today!

How To PLAY The Game Better! Practice like this!