They’re questions we get asked all the time- “Is there a difference between how you’re supposed to swing a driver and an iron? How are they different? And how can I make sure I’m swinging correctly?”

The short answer is yes, they are different. So today we’re going through the set-up, the backswing and the downswing for both shots. So you can see all the differences, and implement some of our top tips into your own off season practice.

A key factor you need to understand when comparing these two clubs is ‘low point’. When we refer to low point we are referring to the lowest point on the swing arc through the hitting zone.

So now we’ve got that definition out of the way, lets clarify the differences between the two clubs-

The driver is used to create power and distance. You can tee it up as high as you want, so the ground does not interfere with the shot. To hit the ball as far as possible it’s recommended you hit up on the ball. Meaning there is upward angle of attack at impact, and the low point of the swing is before the ball.

The irons are used for precision and control. Nearly every iron shot is played off the ground, and because of this it is more affected by ground conditions (for example if the ball is sitting down, or on a slope). Because of these factors it is suggested you hit down on the shot using an downward angle of attack which also means the low point will be past the golf ball.

Now we’ve established the clubs are different, are used for different things and need different swings, let’s go through the three main parts of the swing and give you some tips.

For the driver, the ball needs to be teed up high on a tee peg. You should address the ball with a wider stance, with the ball position in line with the heel of the lead foot. Weight distribution should be 55/45, favouring the trail side, and there should be a fair amount of tilt in the upper body, which can be seen in the image below.

Alternatively, for an iron shot, the ball should be addressed with a narrower stance. Ball position must be in the middle of the stance, maybe ever so slightly towards the lead foot, and the weight should be distributed 55/45 however this time favouring the lead side. As you can see from the image above, the torso tilt for an iron shot should be minimal when compared to that for the driver.

In a driver backswing we expect to see to see a lot of shoulder movement away from the target. This helps to create more room in the downswing, and facilitates bringing the club back to the ball on a shallower, upward angle of attack.

As you can see the weight has been loaded onto the trail leg, ready for the weight and power to be transferred to the lead side during the downswing. This weight transfer helps to create the distance and power.

However, in the iron backswing, the body pivot remains centered. The lead shoulder turns and moves away from the target, but not as dramatically as the driver backswing. As you can see from the image above.

A drill we recommend for this is called “The Thong Drill” (stick with us!). Place an alignment stick behind you at address, with the stick touching between your butt cheeks. You want to practice feeling as though you are moving the alignment stick towards the target with your right butt cheek as you move up to the top of the backswing. This will help you to create the correct movement and weight transfer. We can’t guarantee you won’t get a couple of funny looks at the range though!

In the downswing with the driver, we are looking for the torso to hold back. There won’t be as much of a weight transfer to the lead leg, but the focus should be on pushing up from the floor with the legs.

We recommend a drill called “Thunder Stamp” to help with this. Lift your lead heel up at the top of your backswing, and slam the heel onto the floor to initiate the downswing with the lower body. Like we have previously mentioned, this helps you to feel the sensation of pushing off the ground, getting the body to move up and back.

In the iron downswing you should shift your weight onto the lead leg in order to create lots of forward shaft lean. This steeper angle of attack with help to make sure you are hitting down on the ball at impact.

A drill we suggest for this is called “Two Tees”. Place the ball on an appropriately high tee peg, as if you were playing a par 3. Now place another tee peg around a grips length in front of the ball. The aim here is to hit the tee peg that’s in front of the ball as you hit the ball from the original tee peg. This will further help to promote that downswing swing.

We also have more great drills for both the driver and irons, but to check them out make sure you watch the full YouTube video that we’ve linked below.

If you want more of this kind of content then you’ll be spoilt for choice on meandmygolf.com. We have over 18 fully comprehensive coaching plans that cover all aspects of the game in even more detail than this.

Be sure to check it out for yourself, CLICK HERE for your first 7 days access completely FREE! 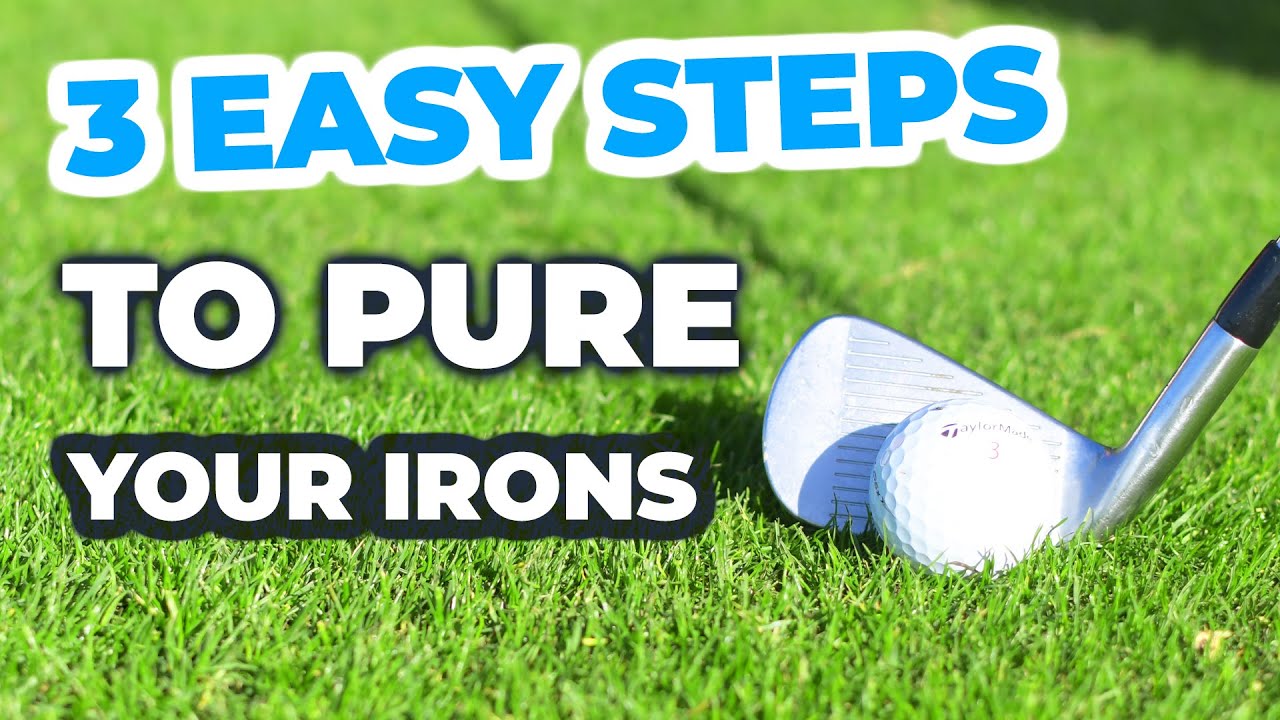 How the ‘baseball drill’ helps you shallow the golf club